Floating alone
In a wasteland of white -
No one, no thing to be found in sight. 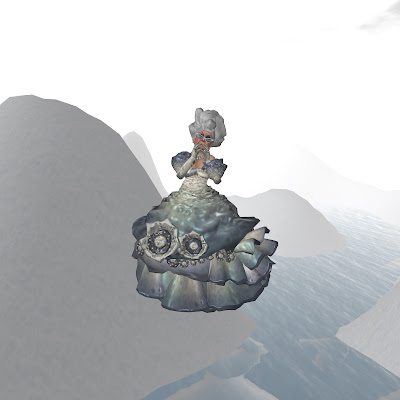 From faery on loan
She conjured a friend
A beast with whom time she could spend. 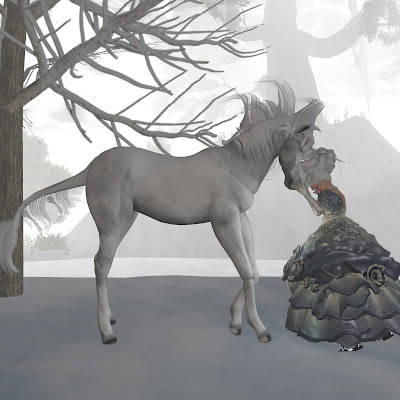 How her days shone
With a pal by her side -
She had no reason anymore to hide. 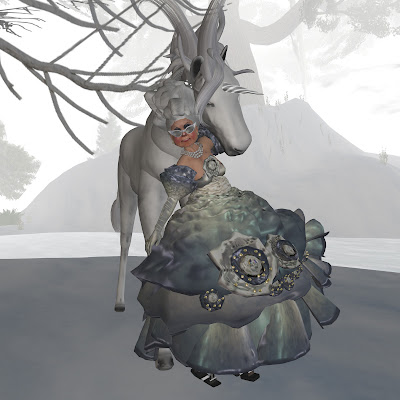 The hours had flown
With sweet joyous play
She flopped on its back and it took her away. 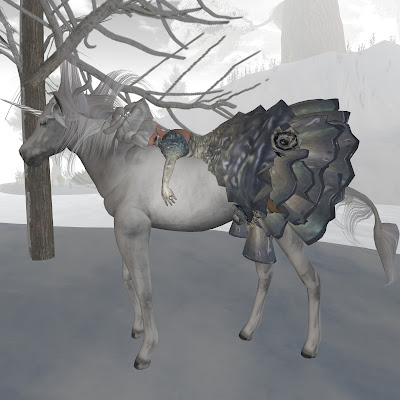 The tired, old crone
Before falling asleep
Said, 'Will you be mine? for good? for keeps?' 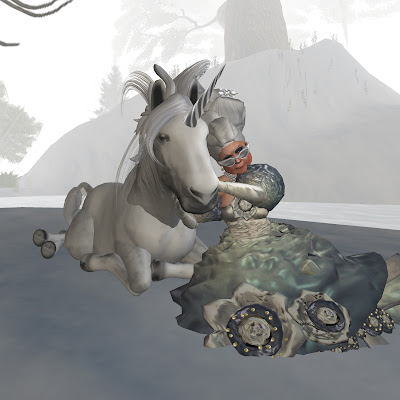 Faery couldn't condone
A bind so contrary
For magical cures are all temporary. 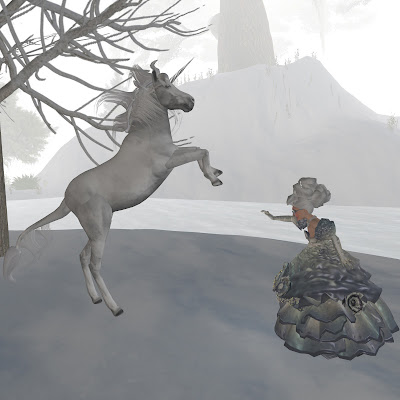 Again on her own
Her heart broken and tossed
She felt as though she'd always be lost. 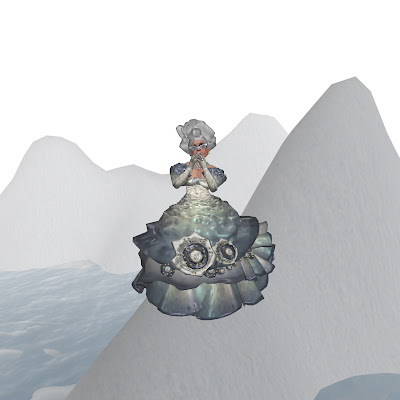 Through tears and moans
She heard one inquire
"I have a tissue, might you require?" 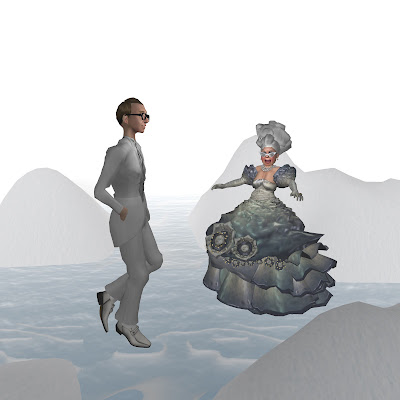 So she was shown
In good times or poor
A real, true friend is worth far more. 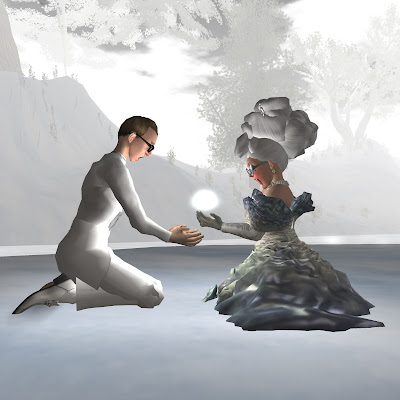 PS: Have a joyous and safe New Year's celebration, and may health, success, and happiness find you in 2011!

(To keep my already long story posts from being painfully longer, credit details are in the comment section below, or you can find credits to specific pictures on my Flickr Page. A directory of SLurls can be found here.)
Posted by Dame Edith Ogleby at 4:59 PM