It's quite easy for a lady to show grace and elegance in trouble-free times. 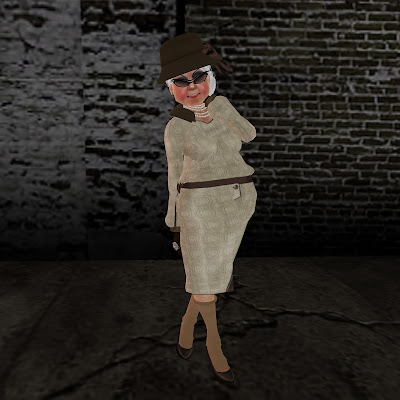 It is during times of strife and alarm that our mettle is tested! 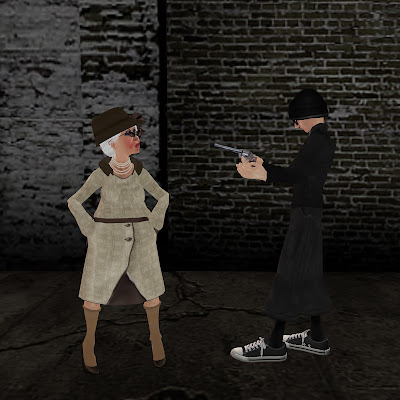 Can we face trouble head on with courage and maintain our composure? 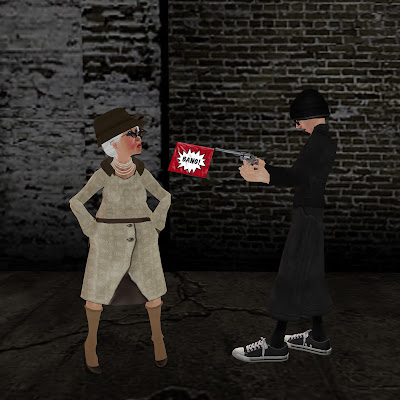 Perhaps we can even find the strength to fight back and prevail, removing the power menace has over us - now and in the future. 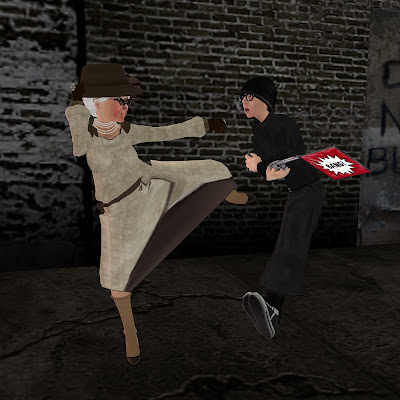 Maintaining one's poise and grace under fire is difficult to master, but it remains an attribute that every lady aspires towards. 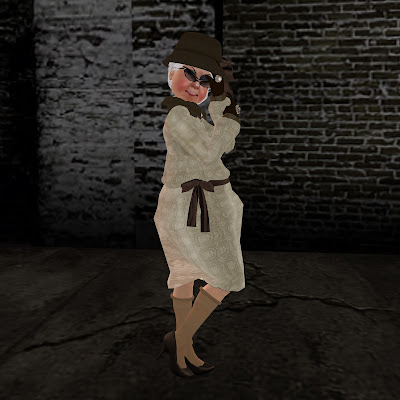 ~~~~
Sadly, the 'charity' behind the benefit this post was supporting, the Superhero Epilepsy Combat Syndicate, is a sham. The leader, Epileptic Dreddmor, raised an estimated $500 on behalf of the Epilepsy Foundation from benefits and direct donations over the course of several months. Unfortunately, no money ever made it to the Epilepsy Foundation. When pressed, she admitted this and later it was discovered all the money was gone and she had used it for her own interests.

(To keep my already long story posts from being painfully longer, credit details are in the comment section below, or you can find credits to specific pictures on my Flickr Page. A directory of SLurls can be found here.)
Posted by Dame Edith Ogleby at 1:06 AM