Ah, the misty throes of dusk - when Bill and Jane Normalperson have finished their Salisbury steak TV-dinners and are settled in for a night of Law and Order reruns. Not all are comfortably numb on their sofas, or in front of their computers trying desperately to get into the Truth sim. No, not all. Not me. Not the Double-O Dame!

At this shadowy time of night, when small, fragile creatures huddle into their burrows and the fierce predators begin to stalk, this is when my work begins. 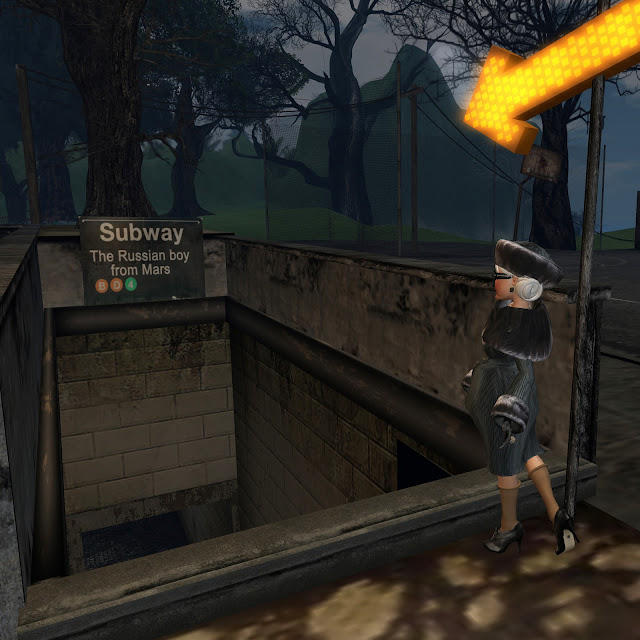 Tonight's mission: liaise with a contact from the notorious DMA crime syndicate. Lives were threatened and many hats were lost arranging this most secret of meetings. The Agency would not leave it to a rookie to carry out this mission. No - only the best would see it through. Only the Double-O Dame.
What would be learned? Was this a tryst.. or a trap? Would we finally know the name of the mastermind behind the ring of heinous criminals? Would we discover the motive and full scope of the DMA's secret HAT campaign? Would we finally know what DMA stood for in the first place?

Soon, hopefully, I would have some answers. 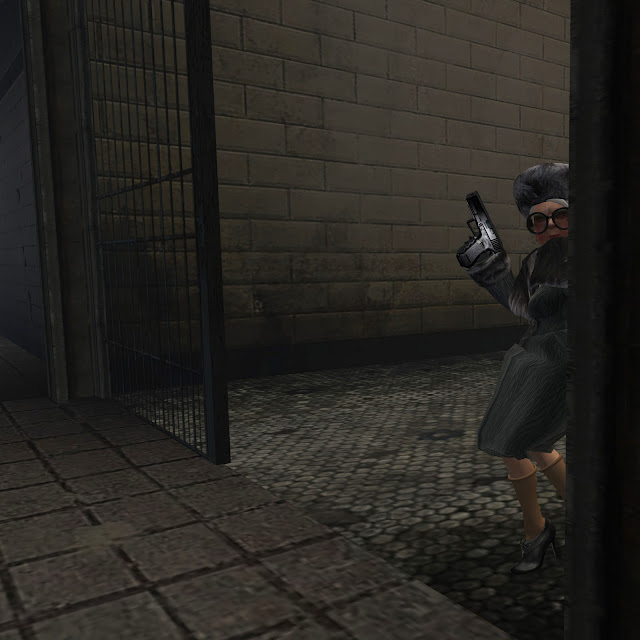 The smoke of his cigar mingled with the heady scent of his oiled Italian leather shoes - a stark contrast to the dark, dank abandoned subway he insisted we meet in. My guns drawn in anticipation, I listened to his breathing around the corner. A gruff whisper cut the silence.
"Has the beaver badgered the bologna?" 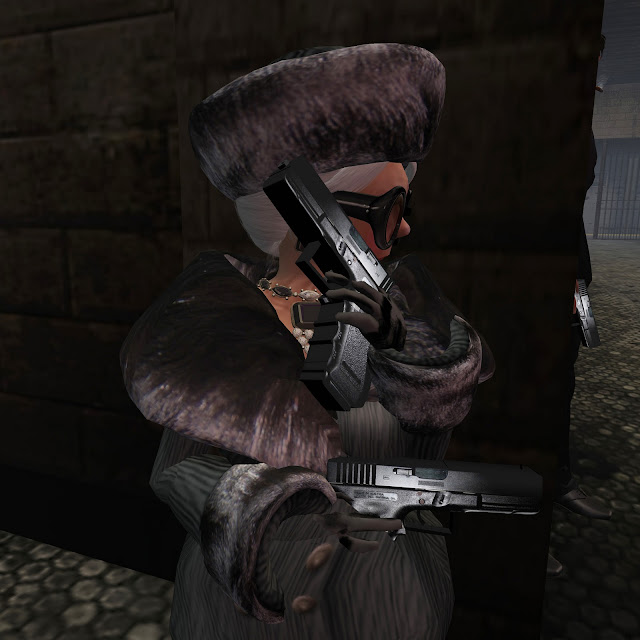 "Ah, they sent the Double-O Dame."

"You may call me Harris Pilton. Do you have the requested payment."

"I have payment, although how much depends on what you are offering, Mr. Pilton."

"Only evidence to blow the entire DMA organization sky-high."

"Show me yours and I'll show you mine." 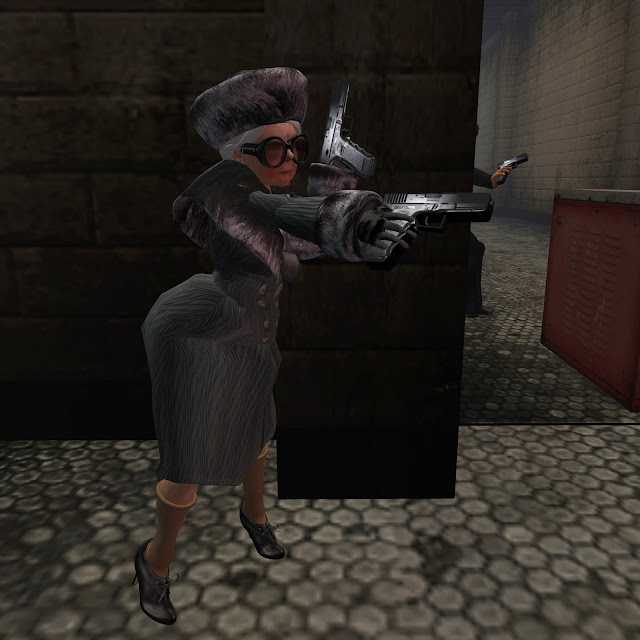 "D-d-don't shoot!" The obvious tourist shrieked and threw her hands over her face in terror. "I'm just looking for the M-line!"

"Oh darling, the M-line is 3 streets over. This subway station hasn't been used in years!"

As the girl scuttled off, I turned to face the contact only to find him running off, spooked! Opportunity was getting away! 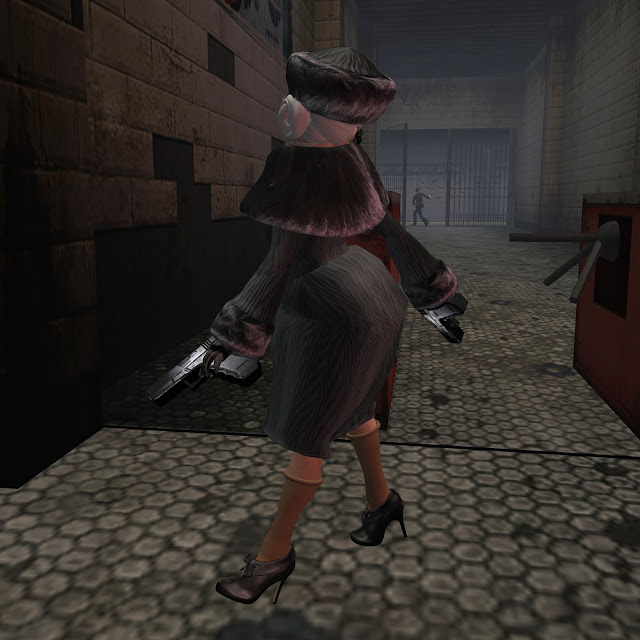 I followed after him as fast as I could, cursing my style-over-substance heels. There's really only so much support hose can do, you know. By the time I got to the subway tracks, he was long gone. 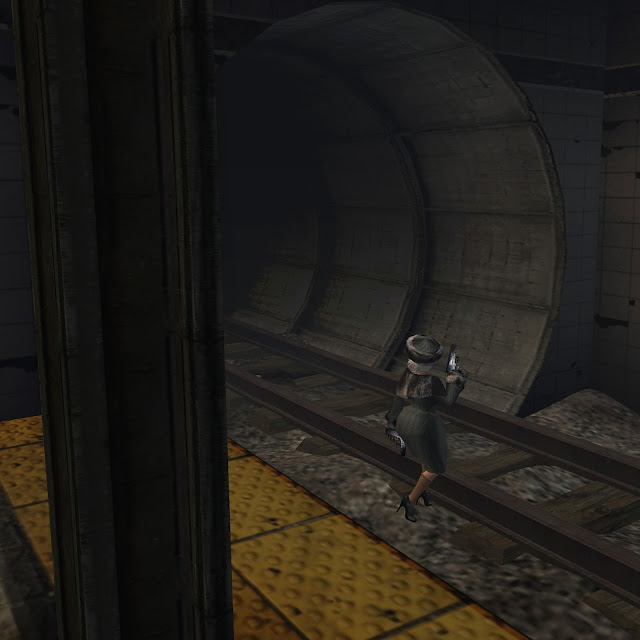 Hoisting myself up onto the platform, I noticed a stray sheet of paper laying on the ground. Picking it up, I found myself holding a clue! 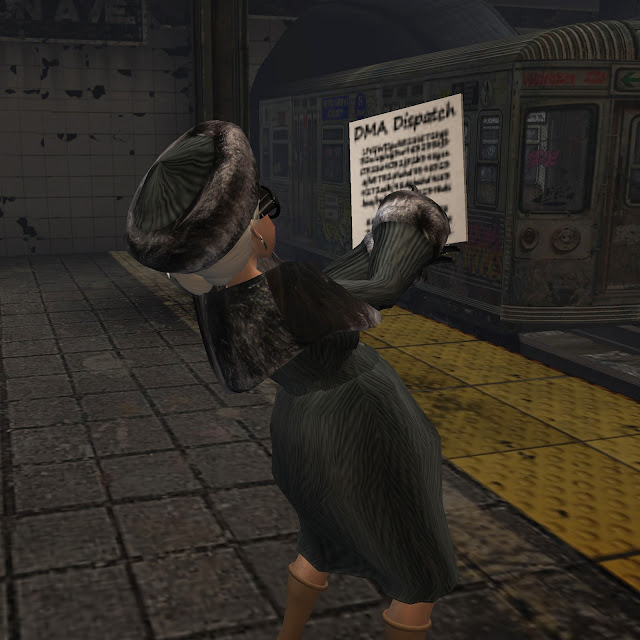 It appeared to be a coded, official dispatch from the DMA. It wasn't much, but at least I wouldn't be heading back to the Agency empty-handed.

As the mist of night turned into the fog of morning, I headed back to Headquarters, mulling over what had happened and what lay ahead. So many questions remained... 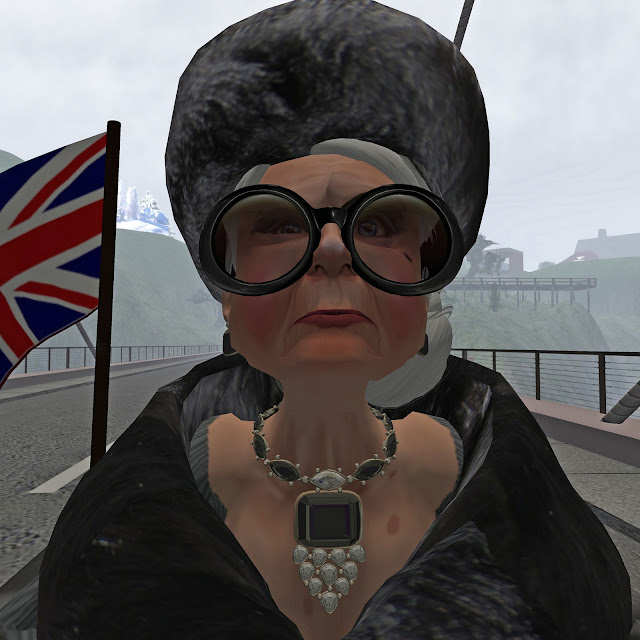 What will become of Harris Pilton if the DMA discovers his treachery?

Did he even make it to safety before that train came through?

What information is hidden in the encrypted dispatch dropped at the scene?

How did that tourist know who I was?

Should I go straight to the HQ with this dangerous information, or do I have time to stop at home and freshen up a little? Put on a clean frock and hat, and perhaps enjoy a pastry or two before reporting in...

As the questions battled in my mind, the only thing I knew for certain was, as always, I will find the answers to each. 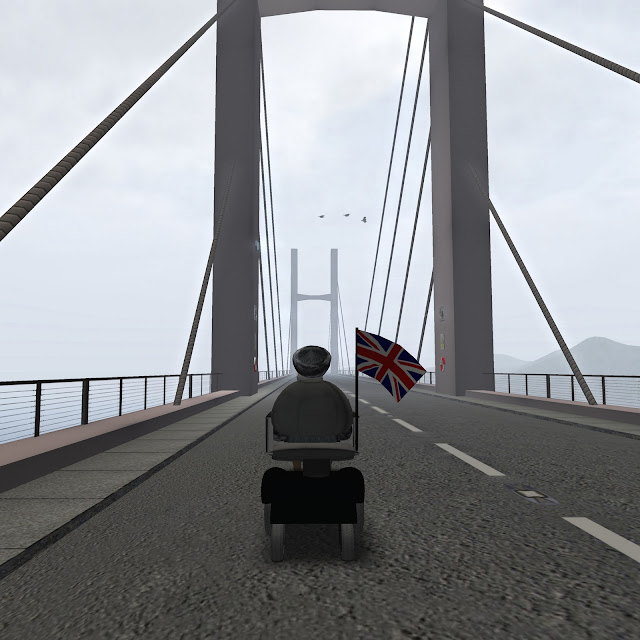 The Double-O Dame will always get her man.


~~~~~~
(To keep my already long story posts from being painfully longer, credit details are in the comment section below, or you can find credits to specific pictures on my Flickr Page. A directory of SLurls can be found here.)
Posted by Dame Edith Ogleby at 7:09 PM

Email ThisBlogThis!Share to TwitterShare to FacebookShare to Pinterest
Labels: MV-SL-General