Not Just Another Pretty Face

The world is full of nastiness, cruelty, and polyester.

Reeking of its filth, the world desires beauty and yearns for justice.

I am a mere public servant: I fill both needs. Seeking out injustice in every quaint corner of this city - I will root evil out! 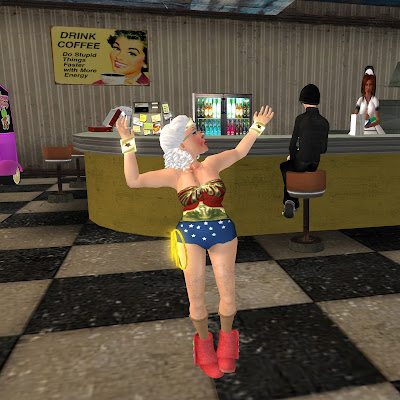 Even the most innocent seeming person can be a tsunami of criminal intent just waiting to swell and wipe us all out! Take this fellow for example.... 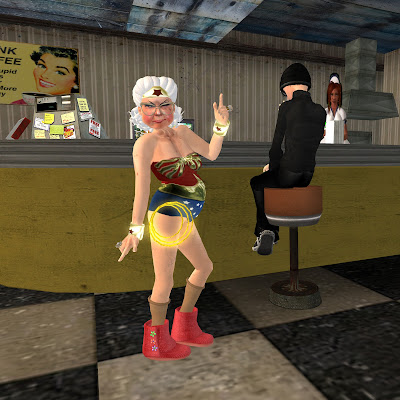 Give him enough coffee, and with no operational bathroom in the vicinity, it is just a matter of time before his demons spring forth and mayhem ensues! 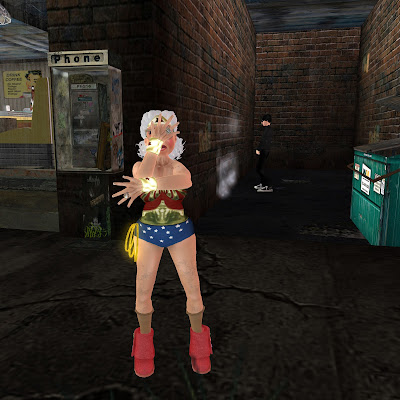 That, gentle person, is when I strike! I pounce, my golden lasso in my hand, and I take out the proverbial trash! 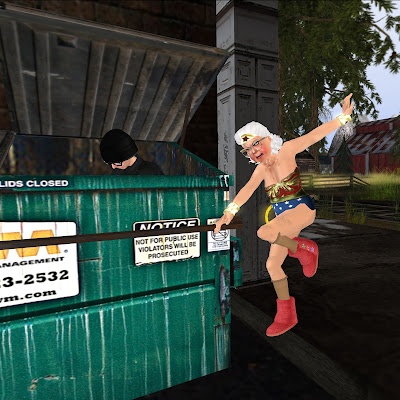 I am who the world needs me to be. 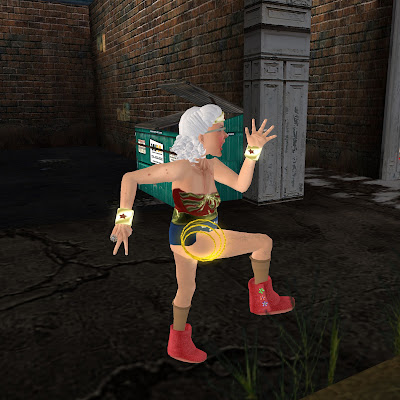 I am Wonder Woman! 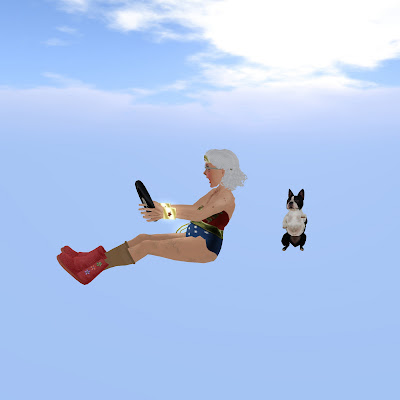 (To keep my already long story posts from being painfully longer, credit details are in the comment section below, or you can find credits to specific pictures on my Flickr Page! A directory of SLurls can be found here!)
Posted by Dame Edith Ogleby at 9:08 PM