When it happened, everyone but Finna ran. 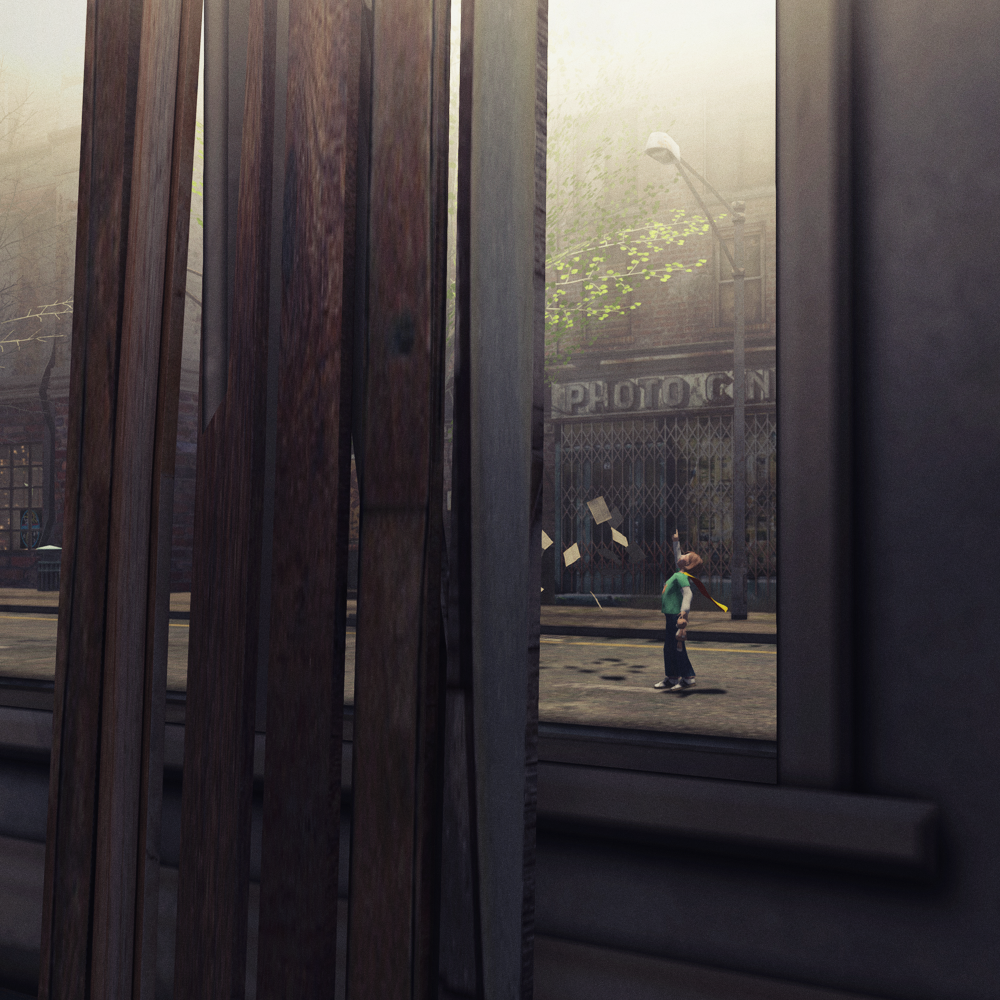 It wasn't too surprising, seeing how everybody in that town had been runnin' for years - even if they were just standing still. Don't have to be moving to be running away from something. It's one thing to give up on yourself, sigh without even the energy to throw your hands up in surrender, lay down on the sofa and just watch the clock tick away. It's another thing to give up on the world itself. Give up on your neighbors and your town, let them fall to disrepair and slum. There were no jobs, no opportunities or services - no one with any power or willingness to hear, let alone fix, any complaint.

So it wasn't a shock that when it happened, right in the middle of the day, at the time when every other city in the world was busy with commerce and bustle, the only soul outside in this town was little Finna Melune.

She'd been running up the street, her homemade cape flapping behind her. She'd filled her lungs with dusty air and made the sounds of her imagination echo off the tall stone walls of her prison. Even a stumble and tumble, a scraped knee and pebbled hands did not stop her. No, the fall wasn't what finally made Finna stop her stampede. The light did that. The light is what made her stop and stare, pointing to the sky.

Posted by Dame Edith Ogleby at 6:13 AM