After it happened, no one believed her. 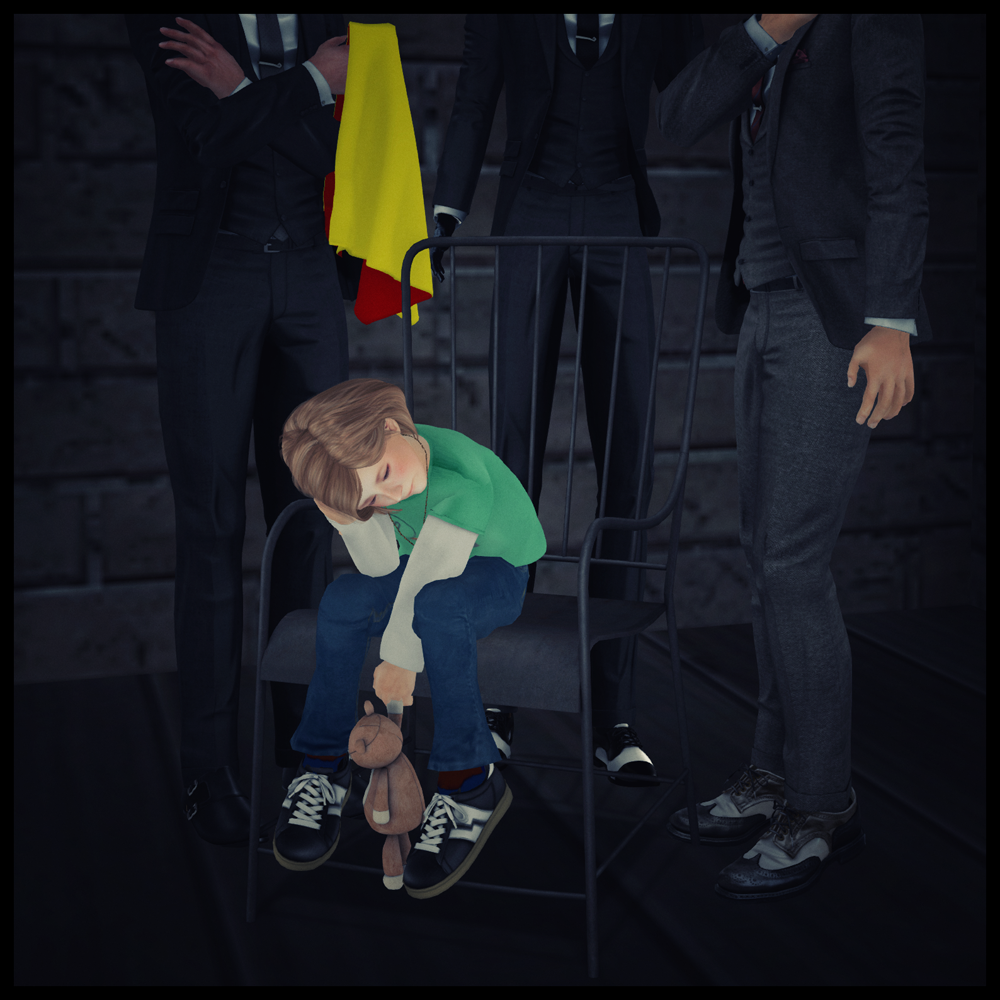 Shaken and awed, Finna was easy prey to the officials who came to find out what had happened. They asked her questions both simple and profound, but when she answered as truthfully as she could, they did not really listen.

“Childish,” they called her, pointing to her homemade cape and teddy bear. “How can we believe one so small about something so big.”

They took her words and pulled at them, twisted them to and fro, until the reality of her account was distorted enough to fit into what they had wanted to believe all along.

“Three eyed cats, she says. Hrumph! It was nothing but a trick of cloud and sun.”

“Perhaps it was a meteor.”

“A streetlamp blew. Yes, that's what it was. Taxpayer money down the drain.”

Too scared to have the courage to believe in something beyond their comprehension, they served her with sneers and accusation, daring her to defy their rationality and eager to distance themselves from the truth in her eyes.

“Childish. Absurd. What do we do with her now?

“Who does she belong to?”

“A ward on taxpayer money.”

“Her guardian does not want her anymore. Says the child gives her the creeps. Even before this latest incident, her head was always in the clouds…”

“Nothing to better the public, a waste to the taxpayer…”

“What shall we do with her?”

“What shall we do with her lies and fancies?”

Posted by Dame Edith Ogleby at 2:08 AM