Where a new member of the (doll)household is not happy.


After spending a lovely day at The Arcade, I came home to introduce my wee residents of my dollhouse to their newest member! Grumpy Cat! He wasn't pleased but I figured, give him some time. 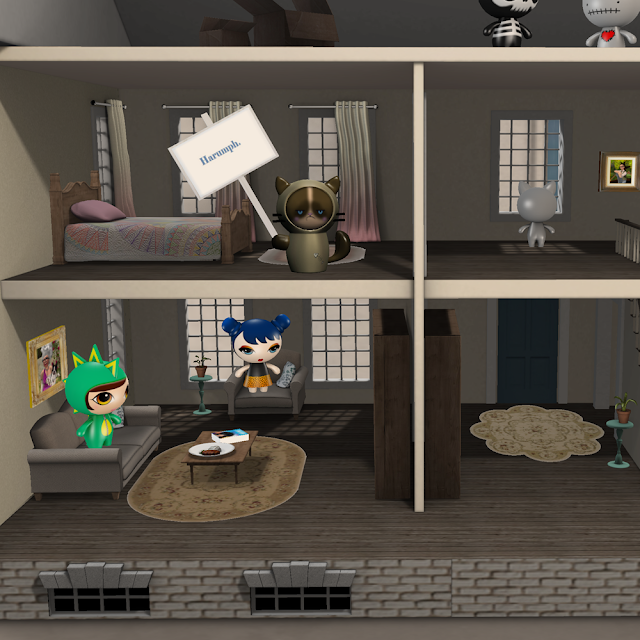 When I woke up this morning there was quite a disturbance! 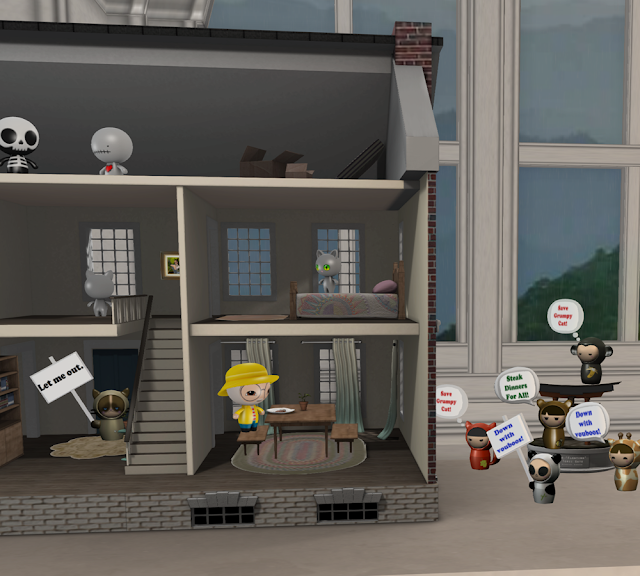 Some of Grumpy Cats's Emote pals showed up and started picketing for his release! How frightening! 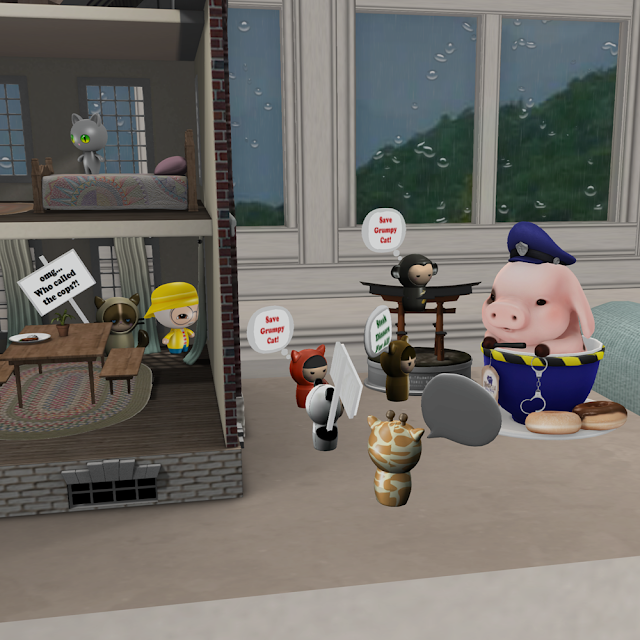 Thankfully, the police showed up and the angry throng dispersed. I'm going to have to keep my eye on Grumpy Cat, methinks.

The Arcade gacha event has arrived once again, darlings! The wee Emoting animals above are all from Tableau Vivant. The signs they hold are scripted to allow you to add your own personal message! The whimsical piggy police is Anya Ohmai's contribution! The souvenir the monkey is perched on is one of Pilot's offerings. There's a whole collection of famous landmarks!

Everything at this Arcade looks so whimsical and fun - I hope everyone gets what they hope for!