So good to see you, darlings! It's been such a long time!

What's that? Oh darling, really - you shouldn't listen to petty gossip! All of Wilmur's arson charges were dismissed once they saw what actually happened!

You see, my sweet nephew noticed that my rezday was very near the rezdays of two of my closest pals, octagons Yazimoto and Corksoaker Gloom. They decided a parade was in order, but not just any parade! A parade with wonderful floats!

The first float was made my our lovely friend Katharine Mcginnis. 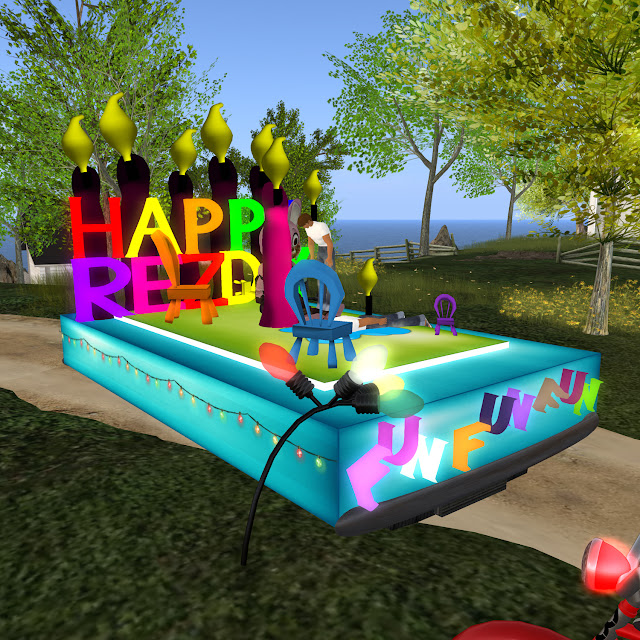 Isn't it colorful? Don't look too close, though, or you'll see how macabre it really was! 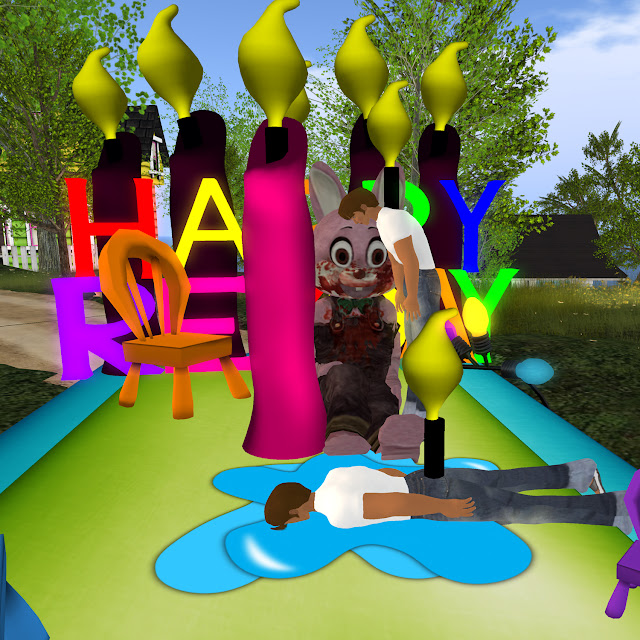 It looked like such a happy, charming float before the rabid, blood-soaked bunny and the impaled noobs were discovered amongst the bright, cheerful colors.

For her float, octagons went above and beyond - literally! I can't tell you how floored I was when she pulled THIS out of her inventory! 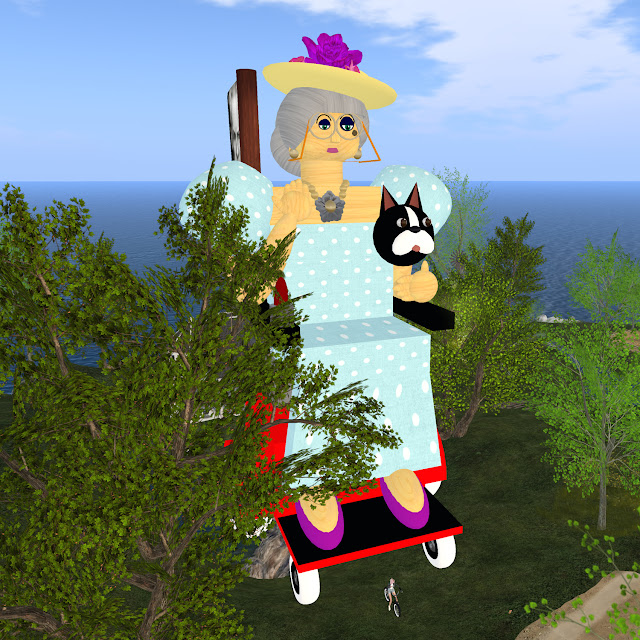 Isn't it marvelous?! She even made Sammy Davis, Jr. Jr.! One thing is for sure, we never lost where she was on the parade route! 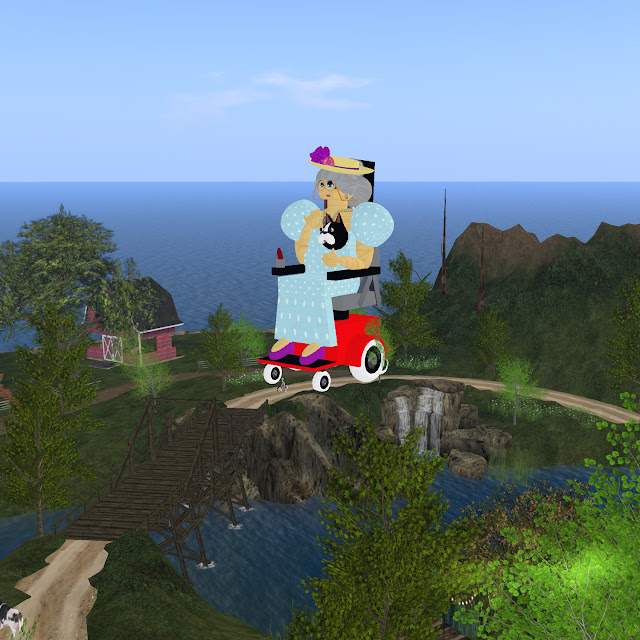 That creative girl also made a giant Wilmur float, but it was TOO large to maneuver! 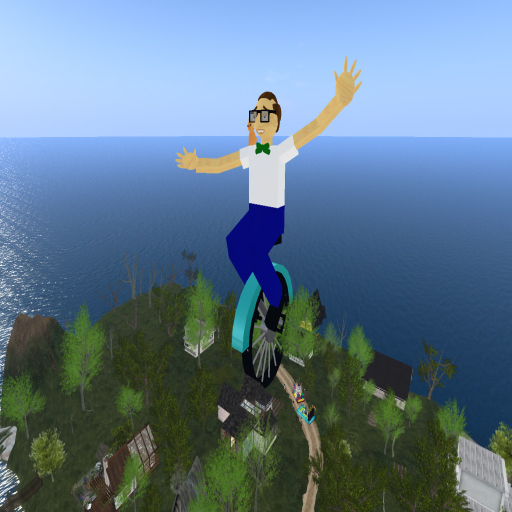 There is even one of his beloved kitties on his shoulder!

Wilmur's float was quite stunning too! There was just one problem, as you can see. 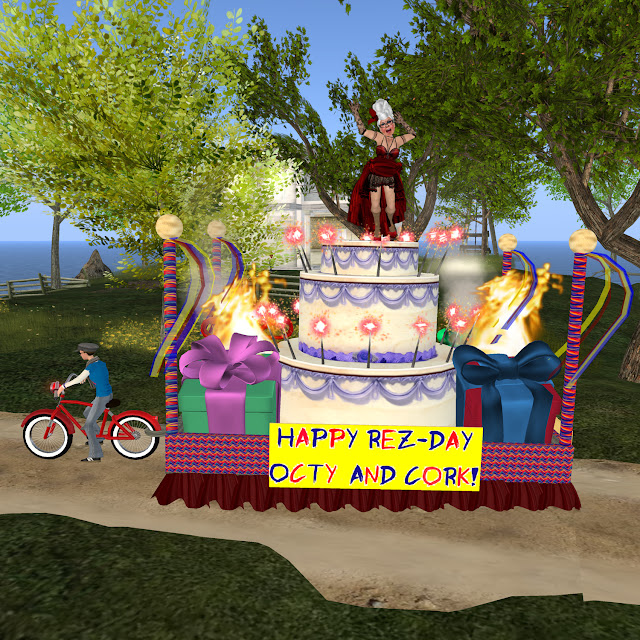 He put so many sparklers on the cake that it lit the presents on fire! The arson wasn't intentional, of course. He's not that sort of lad! Oh darling, how sweet of you to worry! That isn't really me dancing up on that cake, but a cutout of me! I was in no danger whatsoever, and enjoyed the parade from the sidelines.

The parade was quite spur of the moment, but was so much fun! Yes, dear I too hope there are more parades with spectacular floats in the future. If you're interested in participating in this Just-for-fun-and-giggles event, send me a notecard! If there's enough interest, perhaps we can have monthly themed parades on different obliging locations!
Posted by Dame Edith Ogleby at 9:56 PM