Darlings, we all know how important it is to always act with great care and compassion at all times, and you know my own behavior is almost always beyond reproach.

Oh, how it pains me to admit that today, I failed in my most sacred, damely duties.

I lost my temper.

I traveled to a new town, Groenland Kangamiut, to see the sights and get ahead on holiday shopping. It was beautiful, but so cold! Of course, I was dressed for the weather, but still, I was scared my pearls would shatter from it! They were given to me by the late Duchess of Flavianiland, after all. 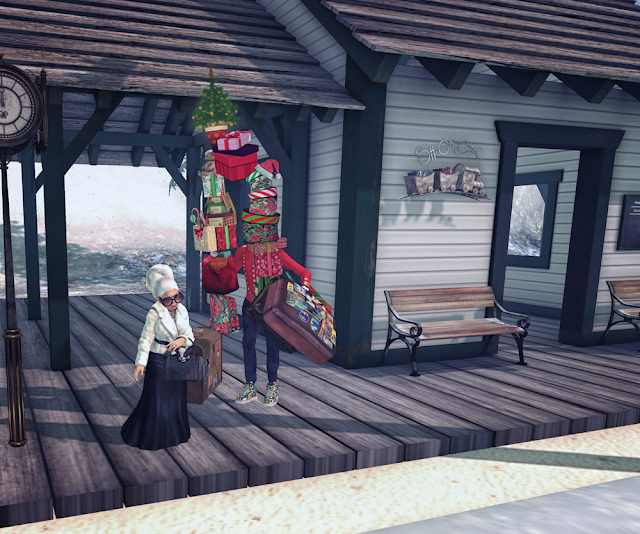 A porter was carrying all my parcels and luggage, and when we arrived at the train station, we learned the train was snowed under and would be late! I understand these things do happen, but what a nuisance! The porter wasn't too happy with the news either, and started mumbling and grumbling, and well... I am afraid I let him have it! My great grand-papa started out as a porter, and by golly - its a respectable job with a code of conduct! I sure gave him a piece of my mind! 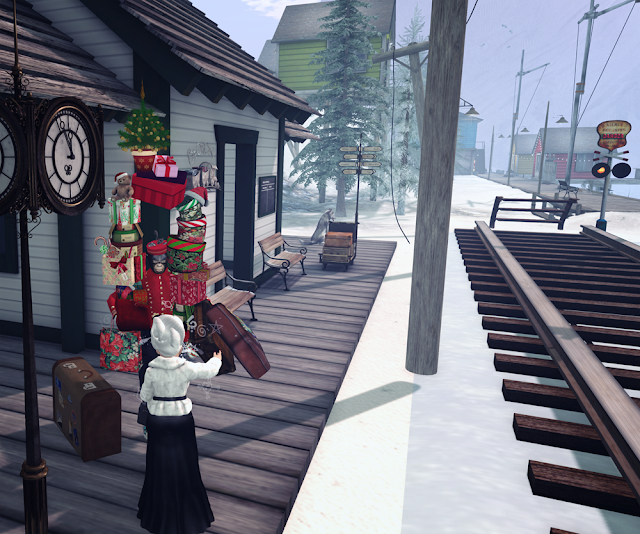 The train ended up not being too terribly late, and my pearls did not shatter, and as he loaded my baggage onto the train I felt remorse for how I had yelled. So when he was done, I tipped him not one, but two crisp dollar bills, and patted him on the hand. I daresay the stunned look on his face showed that he was amazed at my generosity, and as the train pulled away, he waved with his poor, disfigured, one fingered hand.

I remain remorseful, and will think of this any time I feel frustrated, and try to let my nerves remain calm and cool - as cool as Groenland Kangamiut!

Posted by Dame Edith Ogleby at 3:26 AM