Hello, darlings! It has been such a long time, but oh, the places I have been, the adventures I have had! I don't even know where to begin! But before I haul out the slides and projector and start telling tales, I must tell you! I am in such a stressed state!

I arrived home from such splendid sights to see all my things boxed up! It seems that in my absence, Wilmur has taken a position as Chief Scientist with Salchicha County and thus, we must move.

I'm not altogether unhappy about it, since I do have friends there, but I wish he would have given me some notice. His excuse was he didn't know where I was in order to contact me, and I admit darlings, with a slightly guilty conscience, I didn't really keep in touch very well. It's not my fault, really. Most of the time I didn't know where I was either! It's like when you're dancing and you get passed from one man to another, whisking around the room. Oh, how I miss a ball....

Anyway, on the first day of our move, Wilmur spent the morning in his lab working on some experiments. I am not sure what they are - he started to explain them to me and he lost me when he started talking about soil samples and minerals and all of that. 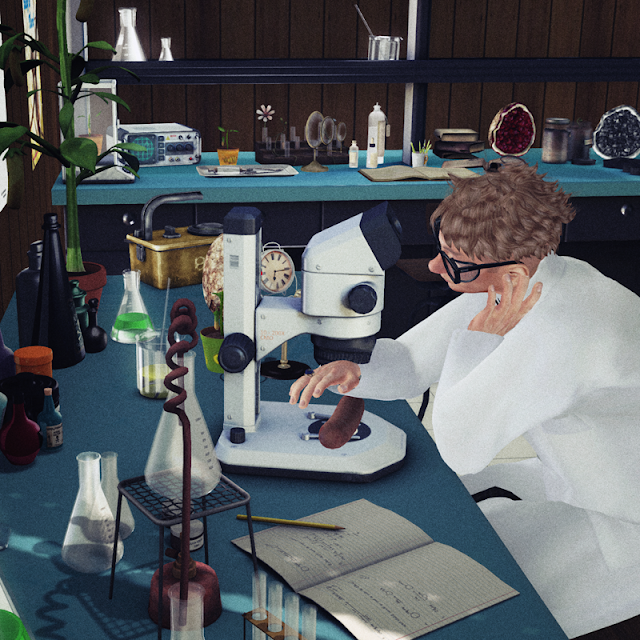 Actually, darlings, he lost me way before the science talk. As soon as he mentioned 'sausages', my mind started to wander to my stomach. I nodded appropriately, and repeated some words he said to sound interested, but as soon as he was finished I headed out to find something to eat and explore my new hometown. I found a lovely thrift store that, sadly, wasn't open yet. A sign propped up said it would be open very soon, and its a good thing! One can find such treasures in thrift shops, and from the looks of it, this one will be a goldmine! 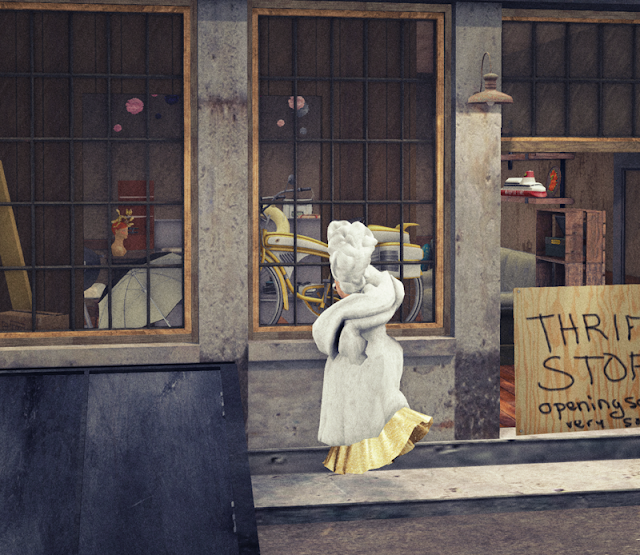 In the afternoon, Wilmur was allowed to leave work early to attend a Salchicha event welcoming new residents to Bangerblossom Drive. How nice it was! So many showed up! There were games and trivia and nice music courtesy of a nice young lady named Jessyca Teardrop. Apparently, Wilmur taught himself how to cook while I was away, and made casseroles for each neighbor. There were other gifts offered, also, and it seemed like everyone had a good time. 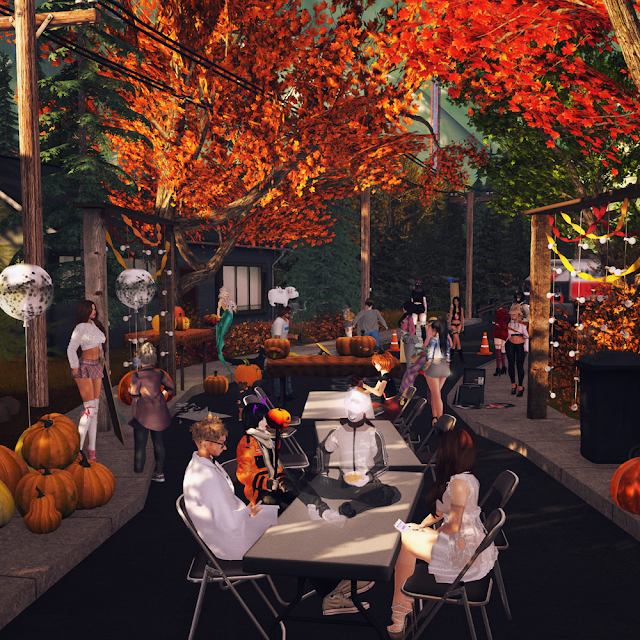 After the party, it was time to get to work. My goodness, what a mess! It will take us some time to  get settled- with both things and mind! Sammy Davis, Jr. Jr. was in a state as well. He didn't know where to go or what to bark at! He even saw a random, wandering chicken and my goodness, the racket! Thankfully, he seemed to calm once his favorite chair was delivered. He hopped up there and just watched as I directed and Wilmur hauled endless boxes up to our apartments. He'll need extra pampering at the doggy spa, I'm sure.

Change is inevitable, isn't it, darlings? But we take comfort in small things like a favorite chair or blanket, or a deep muscle massage performed by beautiful, strong male hands. It's those familiar things that help sooth the wrinkles of disruption change brings. 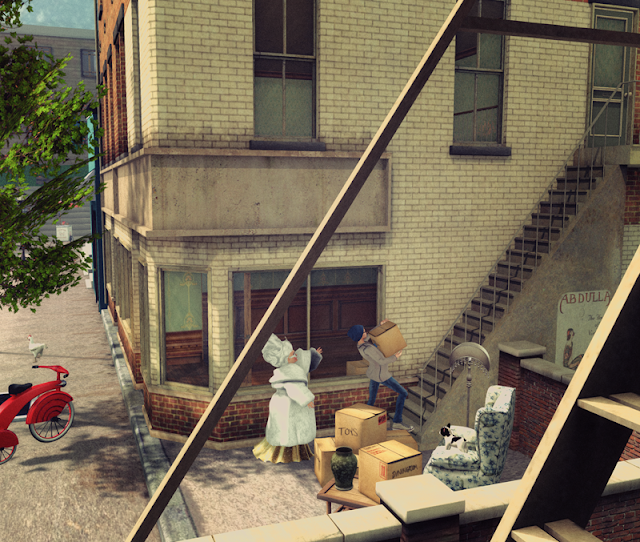 Once we get moved in and put everything in its place, I hope you'll come visit! In the meantime, come explore Salchicha County.  It seems like something new is happening every day here. A new shop there, an event there. A party over yonder, a carnival just beyond. It truly is a special place! I hope to see you all soon!